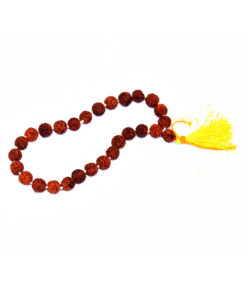 Description : Rudraksh, since ancient times, has been referred to as a form of Lord Shiva that symbolizes Godliness, ultimate truth and eternity of life. Of the various beads of Rudraksh found in the recent times, the ekmukhi (single) Rudraksha is considered to be primary form of the Lord. The followers of Shiva have always owned at least one piece of Rudraksh jewelry. It could be in the form of a Mala (necklace) or, just a bead. But, with changing times, it has found its place in the modern pieces of jewelry as well as jewelry boxes.

It comes from a mish-mash of 2 words: Rudra which means Lord Shankar and, Aksha which means tears. The plant of Rudraksh originated from the tears of Lord Shankar that he shed when he saw the pain and suffering of his people. It counters and nullifies the negative effects caused by the various planets on any person. It can be worn by anyone and everyone and, it does not cause any negative effects like the navratnas. These are available in mukhis and shastras for easing out the negatives. The various faces and, shastras work in harmony and help alleviate the pain observed by humans. 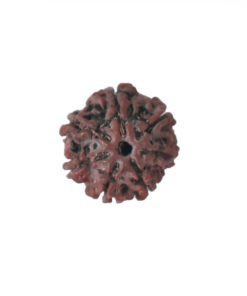